Mizuno to Sponsor the Honolulu Marathon 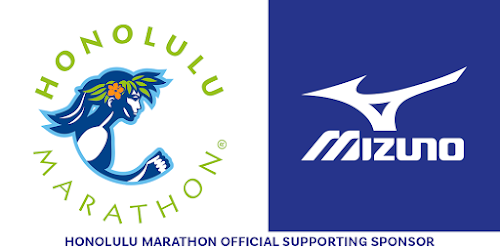 Below is a press release from the race organizers of the Honolulu marathon that is expected to take place on the 13th of December this year.

The Honolulu Marathon is excited to welcome Mizuno as its new apparel sponsor.

Mizuno has been confirmed as a supporting sponsor of the Honolulu Marathon. At this year’s event, scheduled for December 13, 2020, the Japanese run apparel specialist will provide all finisher, commemorative and volunteer shirts and sell official merchandise at the Honolulu Marathon Expo.

“We are particularly proud to welcome such a premier athletic company at this difficult time,” said Jim Barahal, CEO & President of the Honolulu Marathon Association. “This demonstrates Mizuno’s long-term commitment to the people of Hawaii and Japan.

“Mizuno and the Honolulu Marathon believe that running and sports are vital – in order to support healthy, active, and vibrant communities.”

Mizuno was founded in 1906 in Osaka, Japan. The company sees the running business as a key global category.

In Honolulu, Mizuno will leverage this new sponsorship as an opportunity to boost its running business and enhance the Mizuno brand value in the running market. On the ground, Mizuno plans to support event associates, volunteers and runners. It is also planning sales activities and promotions for various licensed items including running products featuring the image of the Honolulu Marathon.
By Justin Lagat The Kenyan Athlete on 7/25/2020 10:23:00 am

The Kenyan Athlete
Justin Lagat is an online long distance running coach, a long time freelance journalist and a marathon runner. You can learn more about his highly rated online coaching programs, or even try them yourself, here on this website; on the Kenyan online coaching page

Six reasons why you need a coach as a runner

Runners competing in a 10,000m race in Eldoret, Kenya To make your training more enjoyable. A coach is obviously someone who has had past e...