This week, Emmanuel Wanyonyi has been announced to be one of the five nominees for the World Athletics title of the male rising star of the year. Below is a story I did of him after visiting their camp in Kapsabet, a few days after his spectacular performance at the World Athletics Under 20 championships in Kasarani

Thanks to Janeth Jepkosgei who allowed me to visit her training camp and interact with the young runners there, I was lucky to meet Emmanuel Wanyonyi, who was back at the camp after his amazing 1:43.76 800m run to win the world athletics U20 title in Kasarani. The camp had a total of three runners winning medals at the championships.

From an almost hopeless situation of being a paid herder who lived from hand to mouth, Wanyonyi saw some runners out on training while he was herding cattle and asked himself, "why not try this too?"

By then he had dropped out of primary school due to financial difficulties in their family and had spent "some years" herding cattle at the village in order to get some money to cater for some of his basic needs. Herding is one of the hardest, despised, and low-paying jobs here in Kenya.

The first run that Wanyonyi did after he decided to become a runner was about fifteen laps on a nearby school track, which he didn't count. His legs and body would hurt him so much the following day, but he never lost hope.

"I would just go out running whenever I had the time, not knowing what distance I was covering nor the duration I would spend in a single run. Sometimes, I would use the track on the primary school nearby and one time some teachers saw me training hard and asked me to go back to school so that I would represent them at the track and field games." Wanyonyi explained how he started running.

At school, Wanyonyi finally got to represent his primary school in track events ranging from 5,000m down to 400m. But, interestingly, he won all the race distances in school. He proceeded to the regional level where he ran in the 1500m, 3,000m steeplechase, and the 4x400m relays and made it to the nationals where he got to meet the principal of Kosirai High School who invited him to report at the school for his secondary education in 2020. 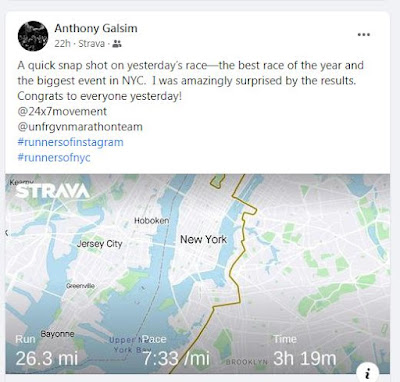 What a weekend it was for me as a Kenyan online distance running coach!

I definitely had to write something down to remember this amazing weekend. The greatest joy comes when the runners I coach reaps great results out of their commitment and hard work. I have been having some great feedback from other runners I coach as they run new personal best times after another. But, this could be the best weekend I will ever experience as an online coach. One of the runners even registered personal best times across distances from 10K, 15K, 20K, half marathon, 30K…. all through to the Marathon, in one single race! 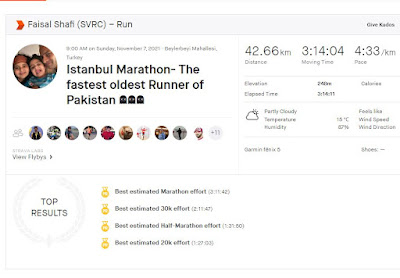 The two races were on the 7th of November with the two runners running on two different continents. Faisal Shafi was running the Istanbul Marathon while Anthony Galsim was running the New York City Marathon.

Memories of Agnes Tirop by some Kenyan runners

In the latest feature from World Athletics' Spikes magazine, some Kenyan runners talk about the memories they have of the late Agnes Tirop and how they were fond of her.

I was honoured to be the one who handed Agnes Tirop the flowers after she ran the 10km world record in Herzogenaurach, Germany. I had been invited by the organisers of the event and I was so happy for her.

Since 2014, I got to know Agnes and she had become a friend. She even came to stay and train with me in Kapsabet for about two weeks in 2015. This was after I had suffered a hip injury and recovered. She had a similar injury problem and had decided to come and stay with me so that she could get to work with the same physiotherapist who helped me heal.

Read the rest of the story at Spikes: Agnes Tirop Memories

The Kenyan Athlete
Justin Lagat is an online long distance running coach, a long time freelance journalist and a marathon runner. You can learn more about his online coaching programs by reaching out on the contact page.
Older Posts Home
Subscribe to: Posts (Atom)